All about cosplay: history, psychology, essence

Cosplay is called the art of reincarnation. If during a masquerade you need to change into another person, then in cosplay the level of merging with the character is important. It doesn't look like much, you need to speak in the tone of the hero, copy his manner of speech, facial expression, use the same words and phrases, react in a similar way - the cosplayer should feel his character from the inside.

Cosplay is said to have Japanese roots. But it is not so.

No one knows exactly where it began to form as a separate subculture, but it is indisputable that in Japan it has grown wider and deeper than anywhere else.

Perhaps the point is in the centuries-old traditions of the amateur Japanese theater “kabuki”, which has existed since the beginning of the XVII century. It was a synthesis of music, dance and drama. In the productions, the actors paid special attention to the complex makeup, which reflected the essence of the character, and costumes that had a strong symbolic load. The traditions of the theater deeply penetrated the country's culture, allowing cosplay to harmoniously separate over time as an independent cultural branch.

It is believed that the first cosplay appeared in the United States in 1939: at the world's first annual science fiction convention, World Science Fiction Convention, science fiction writer Forrest J. Ackerman dressed up in an unusual futuristic costume, pushing thousands of imitators to follow his example.

By 1956, the tradition was relatively well established, even a competition for the best outfit was held at the convention. In 1984, Nobuyuki Takahashi, a Japanese writer who was delighted with the costume presentation and began to disseminate this idea in his native country, became the judge of the next contest. It was picked up primarily by anime fans who got the opportunity to transform into their favorite characters. Around this time, the term “cosplay” appeared in Japan.

In parallel, the idea of cosplay continued to develop in America. For the United States, the 1960s were a period of the emergence of many social movements and subcultures: punks, rockers, hippies. Young people sought self-identification and self-expression. Then the enthusiasm for comics and fantasy spilled over into a fan environment, the followers of which disguised themselves as their favorite characters. Simultaneously with comic book lovers, at the same time, a wave of Tolkienists appeared, more connected with role-playing games, “voles”, than with cosplay. However, the Tolkienists also influenced the creation of cosplay culture.

"Voles" migrated to Russia and have been carried out in it since the 1990s.

Thus, in the CIS, cosplay came from several sides: through the role-playing movement of the Tolkienists and the growing popularity of anime. Over time, cosplay has ceased to be the prerogative of frightened youth and has become a diverse cultural phenomenon, which is carried out by enthusiastic people as whole families. Modern cosplay is no longer directly related either to the Tolkienists or to the anime.

Cosplayme.live is a go-to website for all cosplayers, anime and manga lovers! Choose any activity and your Catwoman will do it on camera. Scroll our feed with photos and videos, check out the latest news and leave comments. Find soulmates from 250 countries using our autotranslator - text messages or socialize via video chat. Wanna be the star of the show? Try yourself in a vlog and show us your costumes or drawings and share your experience. Have fun with Cosplayme.live! 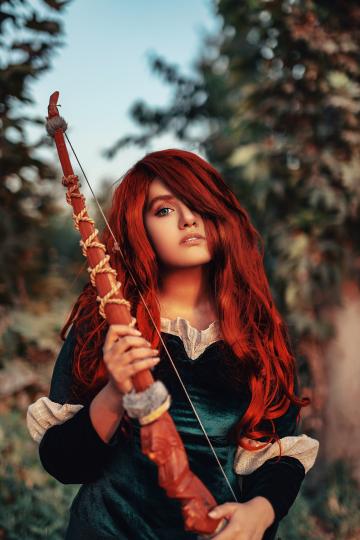